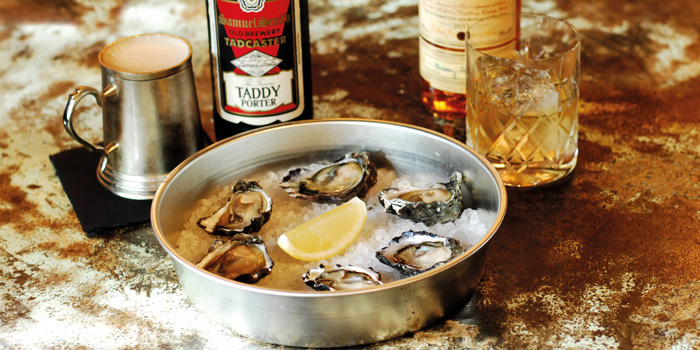 The Wild Rover staples of beer, whiskey, sausage rolls and freshly shucked oysters have been free flowing in the bar since opening the big green door in 2013. Our favourite ocean morsels have played second fiddle to the now famous housemade lamb sausage roll but for one week only from October 30, those little shelled beauties are taking center stage for the Wild Rover Oyster Fest with $1 OYSTERS from Monday to Thursday, a specially created food & drink offering to indulge in and some tasty events to get you in the spirit.

From Monday 30 October to Saturday 4 November, we’re throwing a celebration you’ll be shucking crazy to miss.

In spirit of The Wild Rover being a whisky bar, Laphroaig Whisky Ambassador Michael Nouri will host a Whisky & Oyster masterclass on Wednesday 1 November. Sit back and throw down Sydney Rock Oysters while tasting five expressions from the famed Scottish Islay Distillery.

For those wanting to get their ‘shuck-on’, Shane from Wapengo Rocks will be hosting oyster shucking masterclasses on Thursday 2 November. Get one-on-one time with a professional and learn to open oysters safely in your own home. You’ll take home your very own oyster shucker and all of your fingers (because you’ll know exactly how to open them!).

The shells of each oyster consumed will be donated to OceanWatch Australia to aid in the regeneration of Sydney Harbour marine life.

☆ $1 oysters from Monday to Thursday ☆

Tickets to the Whisky & Oyster Tasting and Oyster Shucking Masterclasses will be available on this page from Monday 9 October.